From February 21st to 23rd, 2023, Regeneration Canada and its partners will be hosting Steve Groff for a Quebec tour of educational events on cover crops. On February 21 in Saint-Hyacinthe and online, Steve will take part in a private day of lectures for those participating in the Quebec Regenerative Dairy Farm Pilot Project. He will then be a speaker at two events on February 22: first in Saint-Liguori (Lanaudière) for a Journée Grandes Cultures, then in Trois-Rivières (Mauricie) for an event in the PAD series of Journées INPACQ. Finally, Steve will go more in depth on February 23rd in Drummondville and online in a master class where his lecture will be complemented by collaborative design thinking workshops. 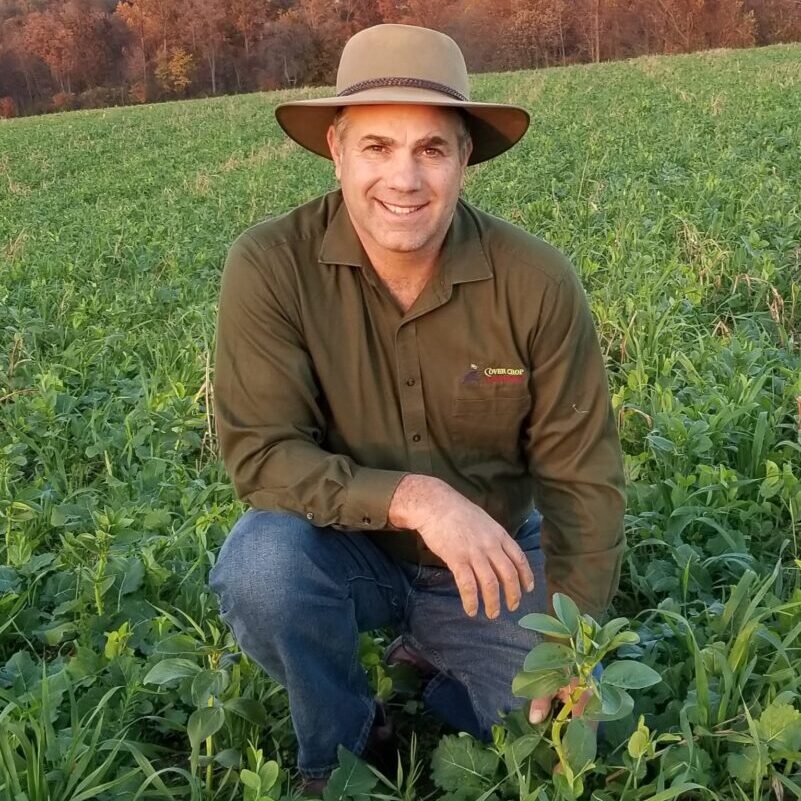 Steve Groff is the CEO of Cedar Meadow Farm and the author of “The Future Proof Farm: Changing Mindsets in a Changing World”. As a farmer, researcher, agricultural consultant and international speaker, Steve specializes in the use of cover crops, no-till farming and regenerative farming methods. He designed the first cover crop roller-crimper in North America, developed the Tillage Radish cover crop, launched the first company in the world to exclusively sell cover crop seed, and was the first commercial vegetable grower to transplant tomatoes without tillage.

Brought to you by:

This project is funded by the Ministère de l’Agriculture, des Pêcheries et de l’Alimentation du Québec under component 2 of the Prime-Vert program.

We would like to thank our interpreters for this tour, thanks to whom we are able to offer simultaneous translation: Peter Feldstein, Maya Robitaille-Lopez and Adrian Adams.

• Nutrient Balance Assessment as a Tool for Reducing GHG Emissions on the Farm
Guy Forand, Agronomist at Logiag

Simultaneous interpretation from English to French and vice-versa will be offered for the day’s events.

This conference is a private event for farms that are part of the pilot group of the Quebec Regenerative Dairy Farm Project. If you are a producer, professional or consultant on a dairy farm and you would like to attend the event, please contact us by email to express your interest.

• Afternoon of agronomic discussions and producer panels on cover crops:

• The case of soybeans

• Trans-Till as a tillage tool

• Steve Groff’s lecture: Cover crops to prepare your farm for the future
(in English, with on-site French interpretation provided)

An application for accreditation is underway with the Ordre des agronomes du Québec to have this activity recognized as continuing education.

• In the workshop, we will collaborate to adapt, innovate and plan crop rotations with cover crops to create cost-effective designs that maximize plant and soil life potential.

• Steve Groff will answer our questions to enhance our exchanges on our agronomic journeys in the Quebec agricultural space.

Simultaneous interpretation from English to French will be offered for the day’s events.

Looking for recordings of our past events?

You can now find them in our Media Library!