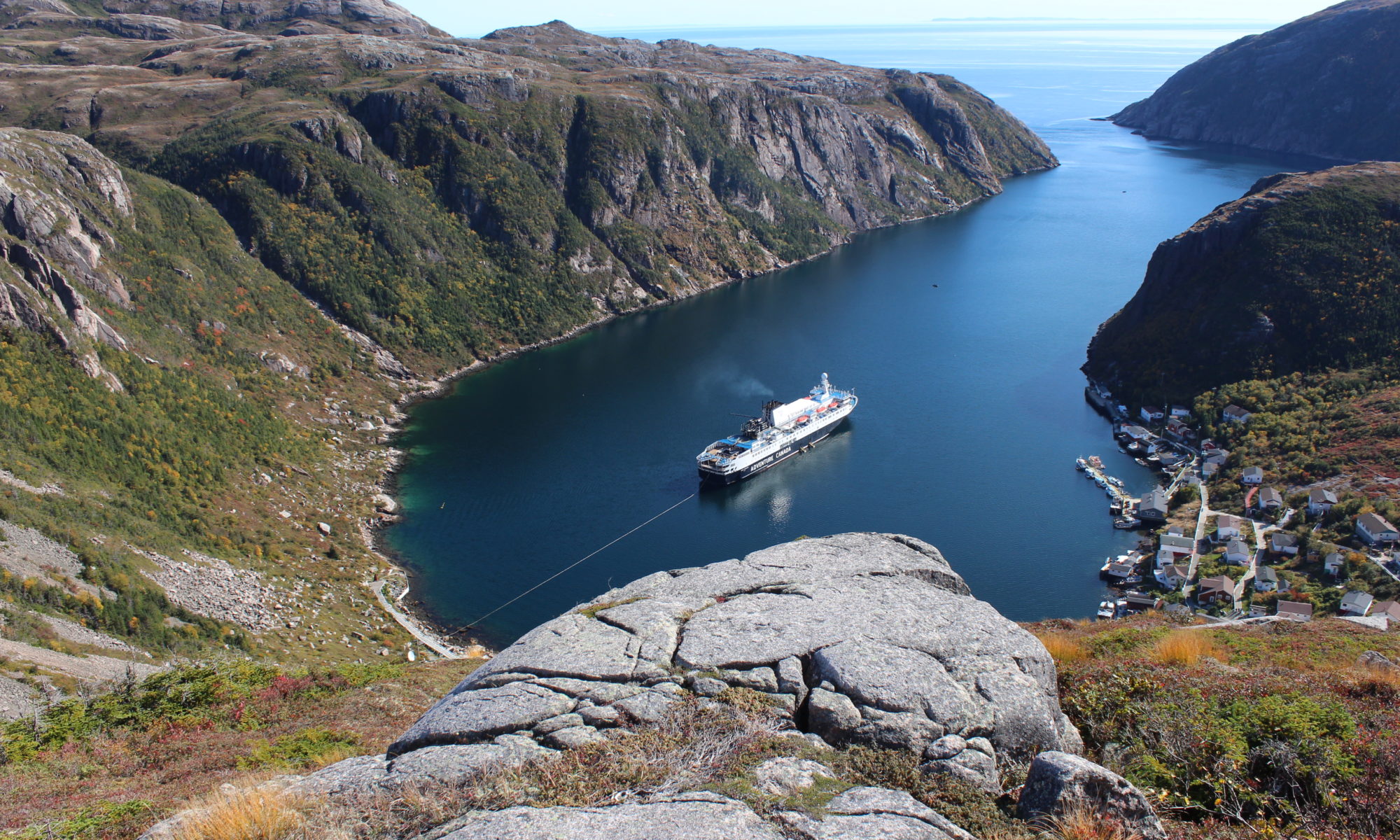 Regeneration Canada invited as a scientist-in-residence

I recently had the chance of joining one of Adventure Canada’s expedition trips – one that circumnavigated the incredible island of Newfoundland. I was lucky enough to be invited as a scientist-in-residence on the Ocean Endeavour, a 198-passenger expedition ship, to educate travellers about regenerative land management.

Hang on – what? Why would I be invited on a ship to talk about soils – while navigating around a rocky region of Canada with very little agriculture, above all?

Alright, let’s start from the beginning.

One day, I got a phone call from Bill Swan, one of the co-founders of Adventure Canada. Turns out that, aside from starting up this amazing expedition travel company 32 years ago – that now runs 9 trips per year in remote places such as Greenland and the Northwest passage – Bill is a passionate living soils practitioner. A student of Elaine Ingham and of Permaculture, Bill worked with Groundswell Network Society in British Columbia for several years, and also initiated a community-wide composting program that has since grown into a region-wide program in the Kootenays.

Hence the phone call. As a travel company, Adventure Canada is certainly aware of its carbon footprint. In his capacity as Director of AC’s Sustainability Program and Partnership Development, Bill is seeking to one day offset the company’s emissions through soil carbon sequestration, among other GHG reduction strategies the company is working on. To explore this opportunity, he reached out to us and decided to join our last Living Soils Symposium in Montreal, to start meeting some of the key players of the industry. Since then, he, Christophe Jospe and Ross Kenyon have been exploring Adventure Canada’s involvement in NORI’s Carbon Removal Credit system to support regenerative farmers – stay tuned for more on this!

Ok. So why the trip?

The 2019 Newfoundland Circumnavigation marked the launch of Adventure Canada’s Taste of Place program, which aims to enhance passengers’ culinary experience by celebrating local food culture and educate them about the complexities and challenges of food systems, including its connections to the climate crisis. This means a special Taste of Place menu emphasizing local, ecologically-sourced foods was developed by Newfoundland chefs and that certain leading food organizations were present as partners on board, among other things. And given Adventure Canada reserves spots for people conducting research projects relating to its trips, I got invited to host a workshop about soil regeneration and to interview passengers about their knowledge and perceptions of this issue.

Getting the full experience with local food leaders

You won’t be surprised to hear that I was a huge fan of the Taste of Place program. I mean – what better way to get to discover a place than to enjoy its local foods. Newfoundland chefs and superwomen foragers Lori McCarthy (Cod Sounds) and Alex Blagdon (Alder Cottage) took us through this journey by developing a delicious onboard menu, showcasing staple dishes and some reinvented classics – including a novel way to cook seal, for example. Believe it or not, this was actually my highlight, along with cod tongues and moose pasta, among a few others. Much of it was hunted or fished, as you can see, but they took good note of developing more vegetarian options for future trips.

Among the food leaders who traveled with us, I had the pleasure of meeting Anita Stewart, a true pioneer of the movement for local foods in Canada. An award-winning activist for our country’s rich agricultural heritage and author of multiple books, Anita is the Founder of Food Day Canada, an organization – and now official day in our calendar – that celebrates Canadian food and farmers. I was also glad to meet Bob Desautels, forward-thinking entrepreneur and owner of five restaurants in the Guelph area through Neighbourhood Group, all promoting locally-sourced foods and environmentally-sound business practices.

Needless to say – this was a pretty awesome context for me to bring regenerative agriculture to the conversation and grow the soils network. I got to have several interesting conversations with people on the ship, many of whom were interested in ecologically-sound food systems but didn’t previously know about soil’s capacity to biologically absorb carbon. It was fantastic to see from the survey we passed around that everyone who came to my workshop felt motivated to change their behaviours in one way or another – either by incorporating these learnings in their work, starting a new project, shifting their consumer habits or becoming an advocate for the cause.

The little farm in the heart of the city

I even got a peek of Newfoundland’s agricultural landscape through a friend I made on the ship. Chip Clark, St-John’s resident for 14 years since moving from Colorado, sits on the board of the O’Brien Farm and kindly offered to orchestrate a visit there once we got back to town. Previously a dairy operation, the O’Brien Farm was operated by 4 generations of an Irish immigrant family, beginning in 1818. The last member of the family, Aly O’Brien, died in 2008, but his commitment to keeping the land green and teaching sustainable agriculture practices lives on. The province owns the property and created a charitable foundation to manage the farm and its educational programs in 2011. Interestingly, there were many Irish farms in this area, feeding the greater St. John’s population, until confederation made cheaper food available from the mainland and put most of them out of business. Today the O’Brien Farm borders a residential neighbourhood and has earned the nickname, “the little farm in the heart of the city.”

So that’s why I spent some time on a ship around Newfoundland. All in all, this was a stellar experience. Newfoundland is such a unique, fascinating place – its dramatic landscapes and hostile weather contrast with the warmth and humour of its people. If you get a chance to go, go!

Adventure Canada’s Taste of Place Program is coming to Quebec next year! Regenerative and locally produced foods – as well as potentially even a regenerative farm visit – will be part of the program for the Mighty Saint Lawrence expedition that sails from Quebec City to Saint Pierre, France June 5-15, 2020. If you’d like more information or would like to be involved in supplying Taste of Place, please contact bill.swan@adventurecanada.com.

Adventure Canada was sponsor of the 2019 edition of the Living Soils Symposium. If you’re interested in sponsoring our 2020 edition, please write to us at info@regenerationcanada.org.