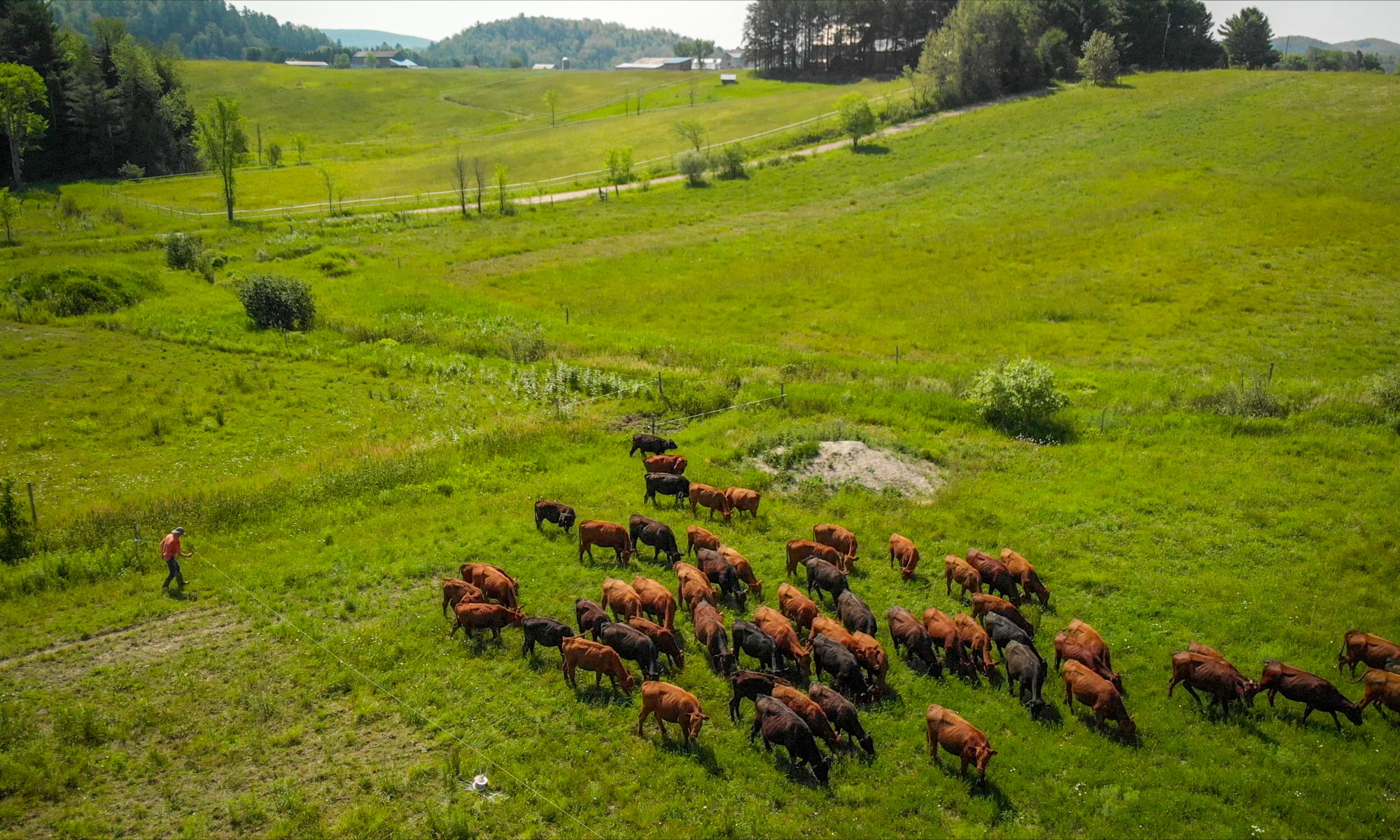 Most people have heard that eating meat is an important contributor to climate change. Yet there is an important ecological function for ruminants (cows, goats and sheep) and they can play a big part in restoring degraded soils. It is true that cows belch methane and that the industrial meat system has a massive carbon footprint. Cows that are raised conventionally consume large quantities of annual corn and soy, crops that are generally tilled and fed big doses of synthetic fertilizer.

In temperate climates, regeneratively managed grasslands have the potential to store more carbon than trees. Ruminants have the unique ability to digest the fibre from grasses, whereas humans do not. When grasses are eaten down by a herd of cows at a rate that keeps their roots growing rapidly, never so low to damage the roots and never so high to go to dormancy, they grow very deep roots and continue to sequester carbon at a rapid pace.

We went to visit Paul Slomp at his farm, Grazing Days, in the Outaouais area of Québec. Paul is an articulate and passionate farmer who is committed to restoring the health of his soil with mob grazing. Mob grazing is a particular type of managed grazing, which involves moving a dense herd of cows frequently from one section of pasture to the next. The cows trample down the grass, making it easier for the soil microbes to break it down, and fertilizing it with their manure. The herd is contained with mobile electric fencing, which is easily moved by one person. In the warmest times of the year when the grass is growing fastest, Paul can sometimes move his herd several times a day. Paul’s beef cows are never inside a barn. In the winter he buys hay and rolls it out on the snow when the grass is dormant and buried.

From a conventional farm land to regenerative grazing

Before Paul and his family bought the land, it was used for conventional corn and soy rotations. The soil was very degraded. After four years of regenerative grazing, the soil is improving. Paul told us he expects it will take 10 years to bring it up to maximum productivity. But he believes that by that time, the pasture will be growing so well, he will be able to sustain a herd of three times the size in the same area and he will be able to grow the hay for the winter feeding as well. He firmly believes that what he does is a great investment, not only for his family’s future but for the future of the planet.

Paul is a member of the Regeneration Canada network. Become a member if you would like to exchange with Paul and others who are pioneers of regenerative agriculture!