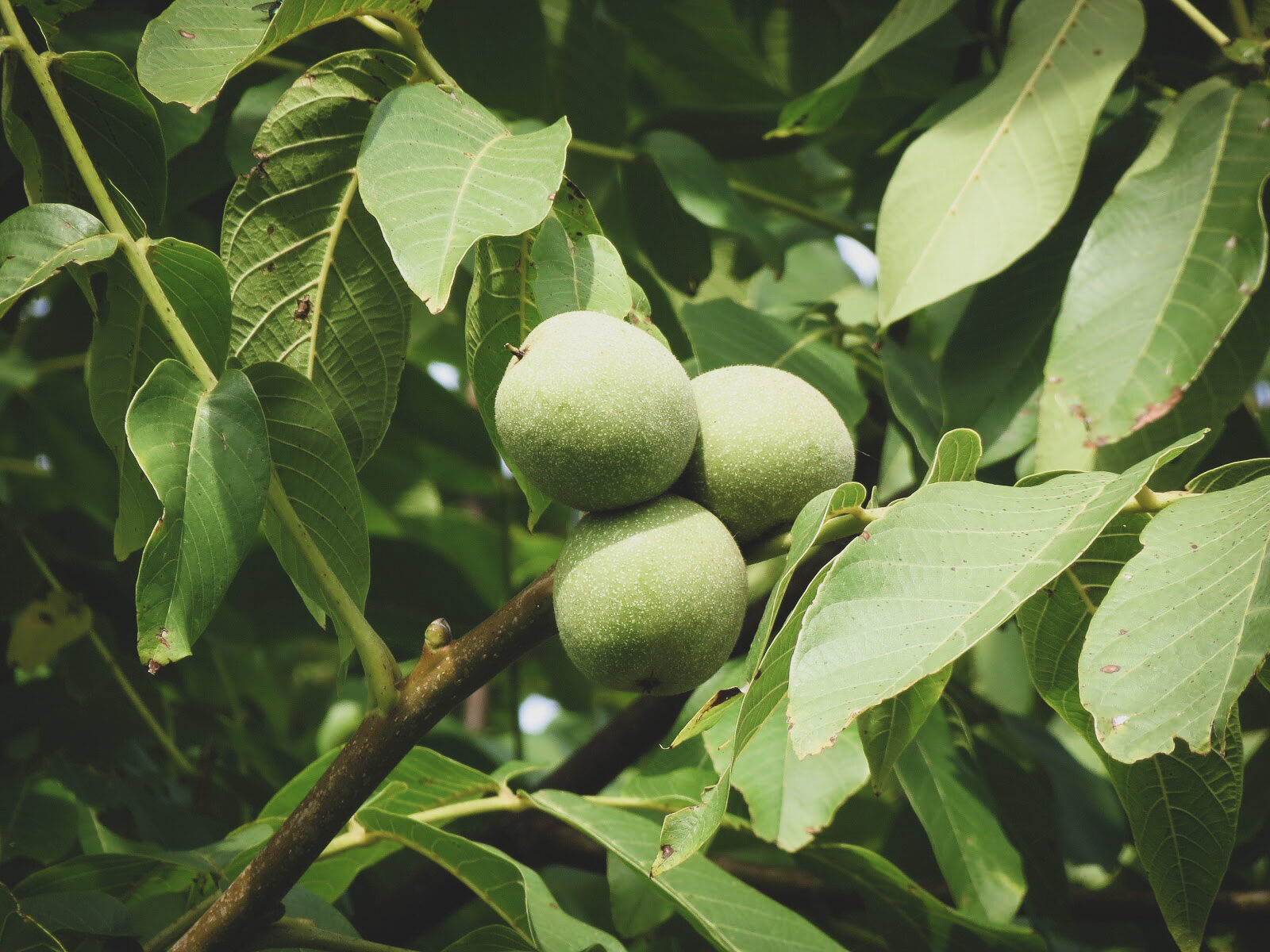 Recently, the topic of perennial crops has come more into public awareness after a recent publication by Eric Toensmeier published in July. While Toensmeier’s work focuses on a global context, what perennial crops are native to Canada? Many regenerative farmers are beginning to think about what the Indigenous landscape was for their ecozone and starting to integrate native plants into their production.

In the northeast of America, the landscape was forested and nuts were a staple in the diets of the Indigenous peoples living there. Today much of the land has been deforested and agricultural land focuses mainly on the production of annual crops such as corn, soy, and wheat. A small but growing number of farmers are trying to re-establish hardy northern nut trees and create an agroforestry industry around local native nuts.

I came across two organizations who support and connect nut producers, CPNCQ (Club des producteurs de noix comestibles du Québec) and SONG (Society of Ontario Nut Growers). One of the first pioneers of the resurgence of nuts crops in Canada was Ernie Grimo, founder of Grimo Nut Nursery in Niagara-on-the-Lake, Ontario. Ernie began in the ‘70’s, a retired teacher who was passionate about breeding and propagating nut trees. Walnuts, hazelnuts, chestnuts, pecans, hickories all grow well in Eastern Canada. Ernie Grimo and a growing number of passionate breeders are adapting varieties suited to commercial production in different bio regions.

I spoke with Giulio Neri, president of CPNCQ. Originally a forestry technician and now a teacher at Beauharnois Centre de formation professionnelle, he has helped farmers install trees as windbreaks and intercrops between crop fields. The club has a website which showcases all the nut farmers in Québec. A growing number of farmers are planting nut trees either as alleys between crop fields, or as orchards to eventually provide an additional revenue stream.

Jesse Argent, owner of Havenloft Tree Nursery in PEI, turned to growing black walnuts and hazelnuts when he started the business in 2014, turning his back on a career as a mutual fund manager in favour of what he sees as a truly sustainable investment. His 8 acre home orchard was originally in corn and soy rotation. Now it is planted with mainly walnuts and hazelnuts, inter topped with elderberries, haskaps and black currants. Jesse sells seedlings and helps others to get their plantations started. He is interested in building markets for agroforestry products, and the potential is varied and great. From timber, to nut meat for vegetarian protein, to juglone extract for dye and stains, to walnut syrup there are many possibilities for agroforestry based industry. Once nut production is established, the revenue potential per acre is far greater than for annual crops.

From Farmer to Consumer

But those markets and distribution streams still need to be developed for northern nuts to become a reliable revenue option. Today most nut farmers sell directly from their farms. One start up business, Noix du nord is trying to give consumers a taste for the subtle delights of local northern nuts. Julie Parent Taillon, owner and founder of Noix du Nord in Montreal, Quebec, buys nuts from many small producers and sells them to restaurants and at Marché Angus, a farmers market in Montreal. She loves to offer tastings of black walnuts, heart nuts, butternut, and chestnuts to shoppers, pointing out the delicate hints of lemon or blueberry in various nuts. Julie hopes one day she will be able to grow her own nut trees. In the meantime, she is doing her best to communicate her passion and make sure there will be a demand for her nuts when that day comes.

Today most of our vegetarian protein options are based on annual crops like soy bean and peas, crops which have shallow roots and generally involve tilling the field. Imagine if we could supply a significant portion of our protein needs from hardy perennials requiring no tilling, little maintenance and, once established, giving bountiful harvests? We are still a ways off from this being a reality but a growing number of pioneers are blazing the pathway for a more sustainable perennial agriculture and changing what is on our plates.