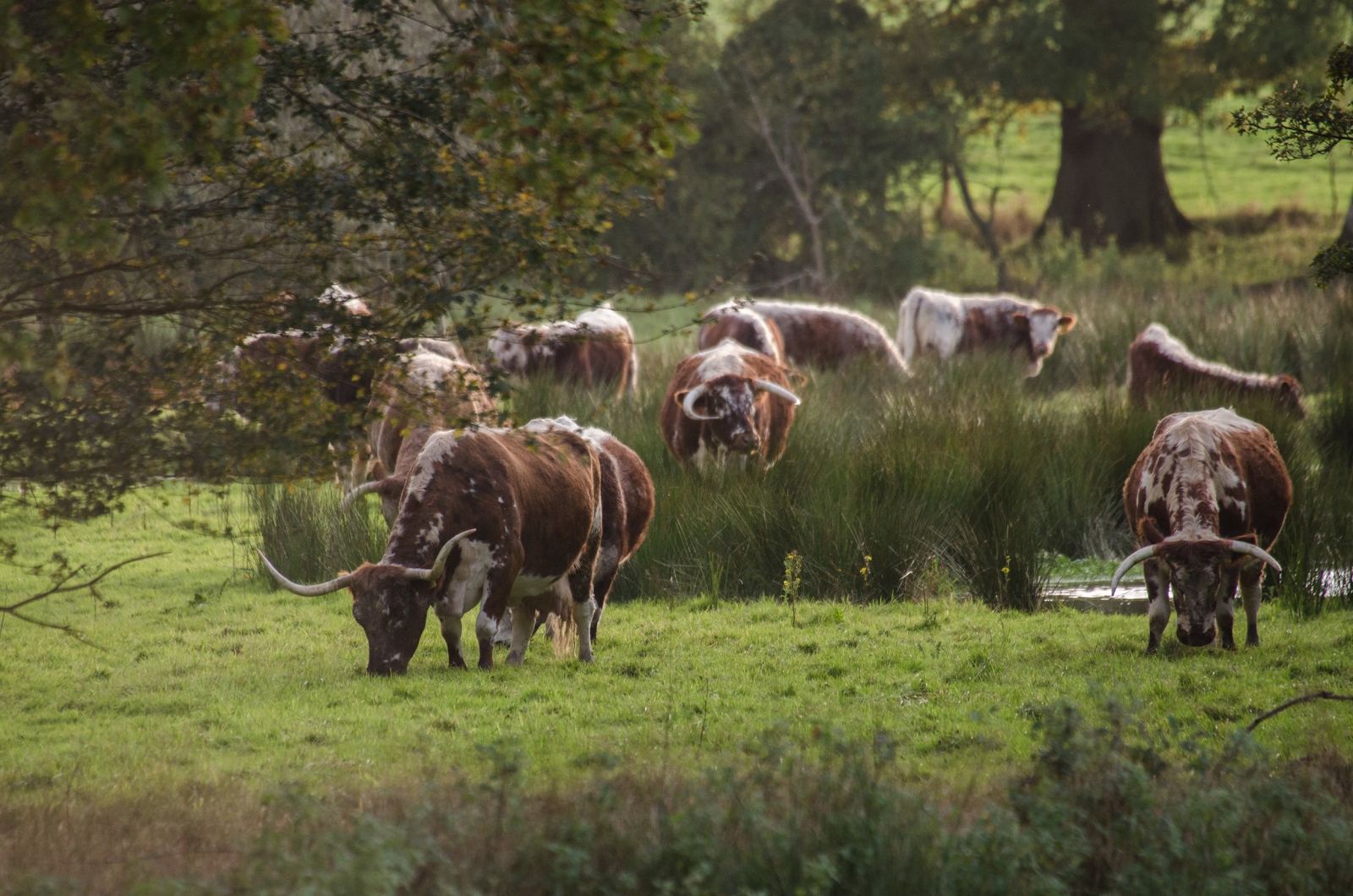 Rewilding is a term that appeared in the 90’s, referring to the restoration of natural ecosystems as a part of the conservation biology movement. Projects around the world are ongoing, usually on large tracts of parkland, to bring back the balance of species which creates a dynamic ecosystem. In the mid 90’s, there was the project to restore the wolf population in Yellowstone National Park. With the loss of the wolves, the population of elks had gotten out of control and the rangelands and waterways became increasingly degraded. With the reintroduction of gray wolves came a whole cascade of changes to vegetation, birds, elk, coyotes, foxes, beavers, and waterways. It turns out that wolves are a keystone species, a species that have a pivotal role in ecosystem balance. Take away keystone species and the environment degrades.

Could the principles of rewilding apply to agricultural land? Regenerative agriculture tries to restore some of the principles of a natural system in order to rebuild soil, sequester carbon, and protect the water cycle. More or less, regenerative agriculture imitates nature to restore landscape function. But Charlie Burrell and his wife Isabella Tree have taken this notion to a whole new level. In her book, “Wilding, the return of nature to a British farm” Isabella describes in detail how they converted their 1400 hectare dairy farm into a wild and profitable natural landscape.

Charlie Burrell inherited the Knepp Farm from his grandparents and tried for 17 years to make it profitable. The soil at Knepp is heavy clay and on average over that time they made -2% profit annually. Without government subsidies, they would have gone under. By 1999, they decided to do something different. Inspired by the work of a Dutch ecologist, Franz Vera, who postulates that the original landscape of Europe was not closed-canopy forests but that vegetation was managed by the presence of large ruminants, Burrell and Tree sought to populate their land with proxy species of the animals who were once native in Britain. Oak trees were once a major feature of the British landscape. Oaks need light and do not thrive in a crowded forest. The presence of thorny brush allows an oak to establish itself and the presence of grazing animals keeps the landscape more open.

Knepp is colonized today with longhorn cattle, a proxy for the ancient auroch, Exmoor ponies, a proxy for the ancient tarpan, two species of native deer, and Tamworth pigs, a proxy for wild boar. Each species grazes in a different way in terms of what they eat, how they eat it, and how they move in the landscape. Over time the vegetation has grown more wild, but succession is slowed and controlled by the disruptive presence of the animals. Biodiversity has literally gone wild! A multitude of bird species have made their home at Knepp, including 5 owl species and turtle doves, which are nearly extinct. There are 36 species of butterfly, including the rare purple emperor. Soil organic matter has doubled, mycorrhizal fungi have tripled, as has soil microbial diversity.

The predator which keeps the ruminant population under control is the human. Knepp Farm harvests wild range meat and makes more profit than the average British farm. In addition to the profit from selling meat, the farm benefits from payments per hectare for ecosystem services. Another new revenue stream comes from tourism. Knepp Wildland Safaris boasts a “glamp ground”, luxury campsites with charming huts and yurts, for visitors to enjoy the wildlife. All in all, this new model of farming is more profitable, leaves the couple with more time to do other things, and is regenerating the local ecosystems.

It may not be possible for everyone to go as wild as Knepp Farm, but the model of creating regenerative agroecosystems, including annuals, perennials, trees, and animals together on a farm is promising and inspiring. The closer we can get to a diverse, fully functional ecosystem the more soil is built, carbon is sequestered, pollinators thrive and input costs go down. Moving in this direction on as much land surface as possible is key to the carbon removal and water cycle restoration that is needed to protect us from the most devastating effects of climate change.