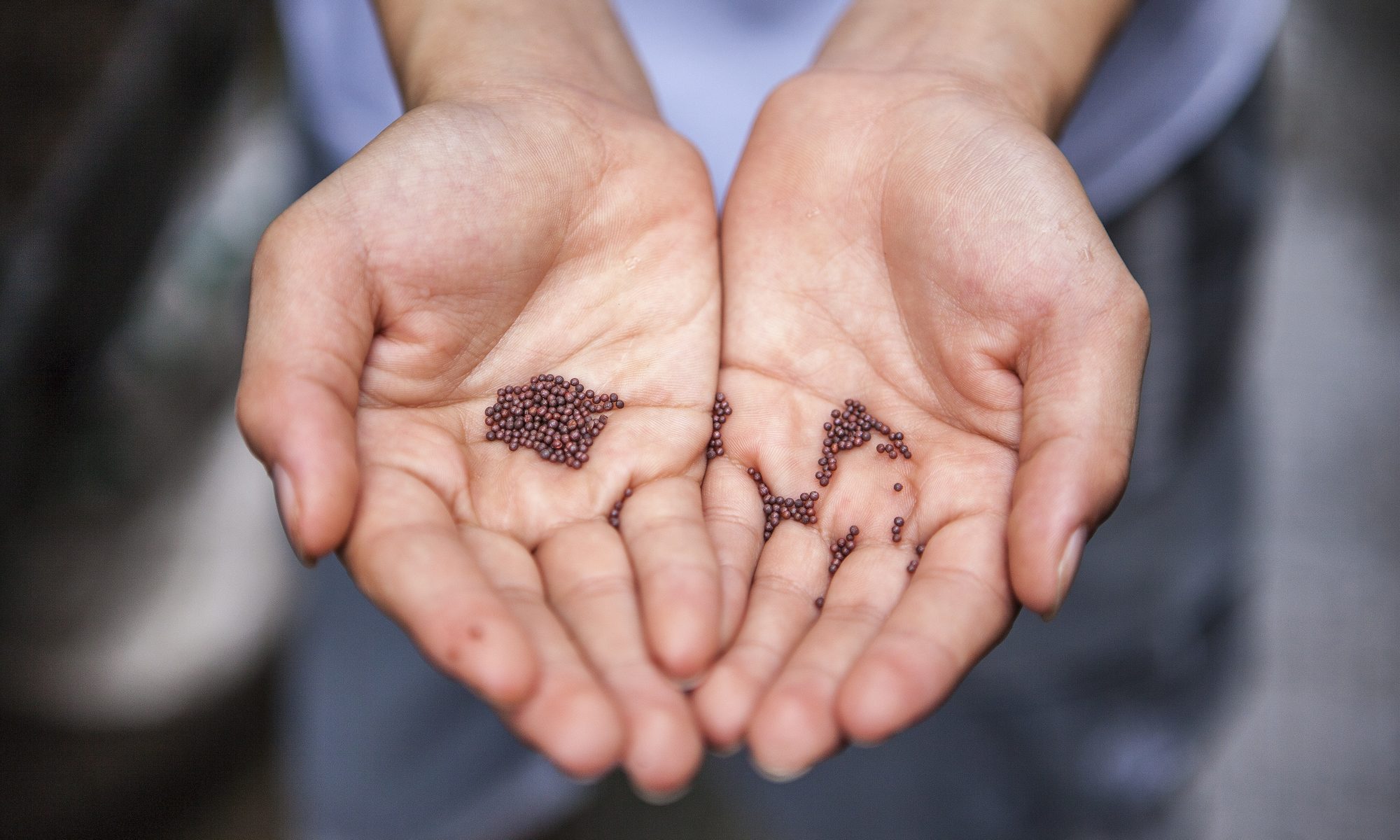 Jean François Lévêque, co-owner with his wife, Guylaine St-Vincent of Jardins de l’Écoumène (producers of organic heritage seeds and plants), was inspired by the Living Soils Symposium 2017. I had heard that the event had inspired him to make changes in his business, so I asked him to have a conversation about how he sees the role of business in the regenerative movement. I wanted to know how the last Symposium had influenced him.

The Living Soils Symposium: a gathering of “biophiles”

Jean François calls himself a bio-phile (someone who loves living things) so he found it a breath of fresh air to hear about a Living Soils Symposium. When he studied horticulture back in the 80’s, not a lot was said about using the resources in the soil to cultivate plant growth. It was all about what to add to the soil. In the 80’s, no one knew about the microbiome and the fact that living systems are actually complex ecosystems composed largely of microorganisms. The soil is the equivalent of a human gut, helping plants to digest nutrients and resist disease.

Participating in the Symposium in the company of a network of diverse people from different sectors, all sharing a love of soil, helped Jean François to feel part of a bigger picture. It renewed his commitment to his work. He realized that working with plants is not only important for feeding people healthy food, it also plays an important role for the whole planetary ecosystem and actually has an important place in climate change mitigation.

When inspiration turns to reality

After the Symposium, Jean François began to actively experiment with various preparations to stimulate his soil microbiome, using compost, microbial inoculants and biostimulants. He became increasingly interested in the role of perennial plants, integrating more woody plants, shrubs and trees into his product offerings. Looking at the balance of bacteria to fungi in the soil became a subject of great importance and he began to work more with BRF (from the French name bois raméal fragmenté, “chipped branch-wood”, a method of using fragmented woody branches as mulch).

These explorations lead to the development of new methodologies for characterizing composts and evaluating soil fertility. He applied for and received a grant of $25,000 from Biopterre to help develop his innovative idea. Today he is still working with a commercial partner in this three year co-development project and hopes to soon offer a new and affordable method of soil analysis to his clients.

Les jardins de l’Écoumène offer quality products and services, they vulgarize and disseminate information about the soil and plants and they are participating in important research and development work to further our understanding of soil health. Here is another example of how business can play an important role in the regenerative movement. Regeneration Canada is delighted to have helped inspire their evolution and proud to have this regenerative business as a member.

Jardins de l’Écoumène is a member of the Regeneration Canada network. Become a member if you would like to exchange with Jean François, Guylaine and others who are pioneers of regenerative agriculture!