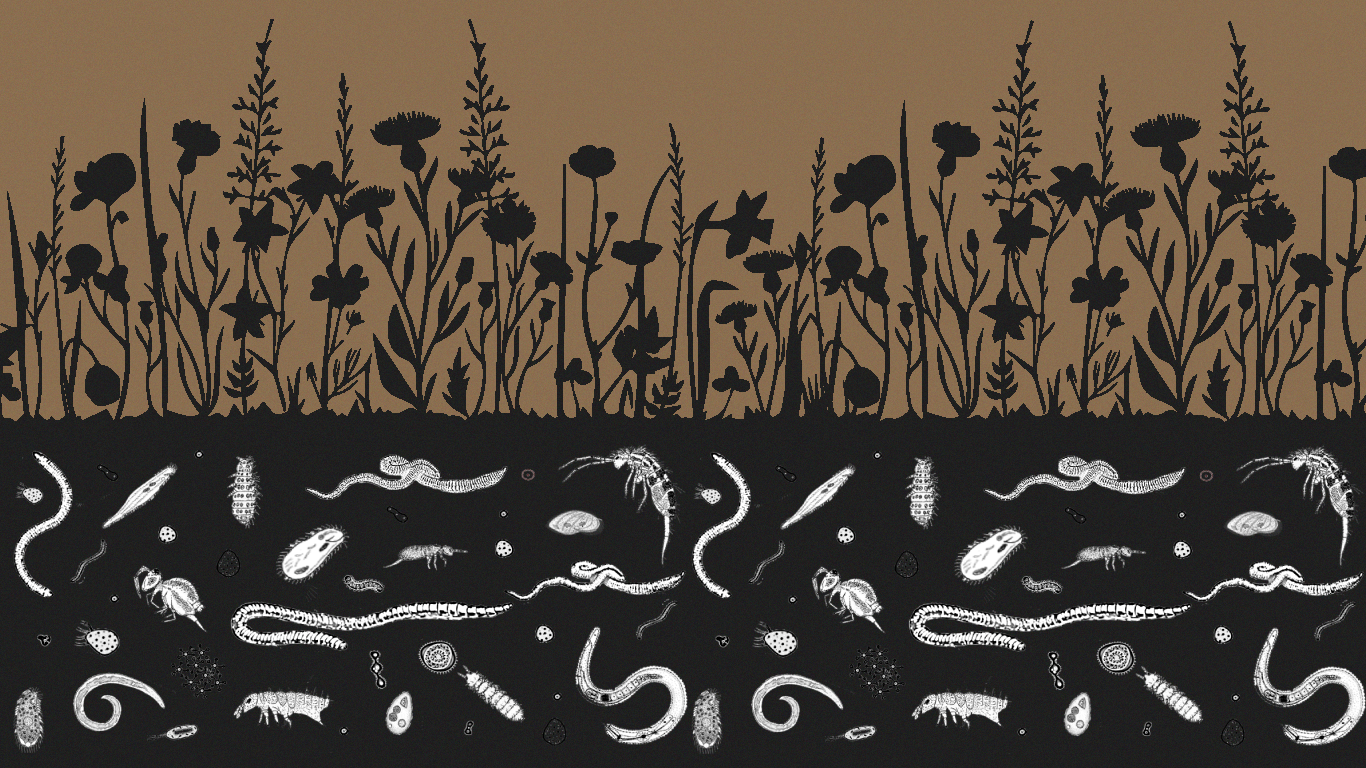 The soil food web consists of a vast community of living organisms that work together to transfer energy between species in an ecosystem. This interconnected system of microorganisms, animals and plants ensures that each living system has the resources it needs to thrive. We’ll be exploring the ones that live under the surface of the earth, the soil microbes. 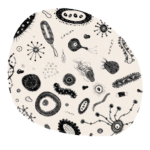 Bacteria act as soil builders. They glue soil particles together to form small masses called micro-aggregates. These guys’ reproduction rate is 5 billion every 12 hours; which can be either good or bad. If they’re decomposers or the ones involved in the nitrogen (N) cycle, they’re the good kind you want in your soil since they’ll contribute to your soil’s overall quality. Otherwise, they’re pathogenic and can cause disease. Just like our stomachs, a balanced soil will hold pathogens in their place. 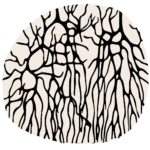 Fungi are typically composed of a fruiting body and a hyphae (fungi body). We can think of fungi as soil architects since they reach into the soil and form an intricate and interconnecting web, called mycelium. Mycelium is often compared to internet cables connecting information (in this case transporting nutrients and information) throughout its various connections. Some fungi are also responsible for decomposing organic matter into humus. Other types of fungi, such as mycorrhizal mutualists will colonize roots on the surface. We call this ectomycorrhizae. The other type of mycorrhizal mutualist fungi is endomycorrhizae, which will colonize root cells and exchange carbon from the plant for potassium (P), nitrogen (N), and other micronutrients. Without fungi, we wouldn’t have the communication structure that allows for a sane ecosystem to thrive in our soils. 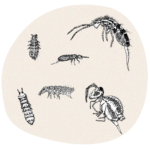 Microarthropods hang out in the soil and contribute to the soil’s overall structure. They make tiny holes as they make their way through the soil, which helps with aeration and water retention. Through their movement in the soil, they transport bacteria along the way. Microarthropods also chew organic matter (OM), an important job that prepares OM for bacteria and fungi to decompose it. They’re characterized by their segmented bodies and long antennae. 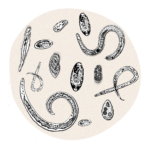 Despite their size, Nematodes and protozoans have a very important role to play in the transportation of nutrients, as control agents, and as nutrient providers. Nematodes are often seen as the evil microorganisms but this is only true when there is an imbalance in the microbial community. Protozoa can eat bacteria, fungi, or other protozoans! With the capacity to eat about 10,000 bacteria a day, they both contribute to the mineralization of nitrogen by eating bacteria and fungi, extracting the nutrients, and eliminating the rest into the soil. 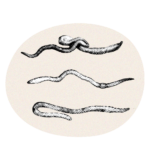 If you’re a farmer or a gardener, you know the value of finding earthworms in your soil. Earthworms play a huge role recycling nutrients in the soil. They shred organic matter and prepare it for smaller microbial communities to enjoy. On average, one acre of healthy soil can contain about 2-3 million earthworms. Darwin estimated that about 50,000 earthworms can move about 18 tons of soil per acre, a mighty task for these small creatures. All of this movement also contributes to the aeration of the soil’s structure. While they may be a great addition in the agricultural sector, earthworms can often become invasive in North-American forests. Next time you spot an earthworm in your garden or field, you can thank it for all the hard work it does sustaining microbial life in your soil.

So why are all these soil microbes so important? The list is quite long, encompassing ecosystem services such as nutrient retention and mineralization, improving soil structure, controlling pathogenic populations, protecting root systems, influencing pH, decontamination and cleaning the soil.

However, we’d like to highlight their work in mitigating climate change. While plants absorb CO2, soil microbes store it in the form of carbon (C) in their bodies. When they’re still alive (microbial biomass) or even when they are dead (necromass), they lock it into the soil and deter it from being sent out back into the atmosphere. Soil microorganisms also play a role as nuclei for cloud droplets and precipitation and therefore have an impact on the water cycle on earth. In fact, there is up to three times more carbon in the soil than in the atmosphere. It’s hard to recognize the crucial role these often microscopic creatures play in our lives. Yet, they’re at the heart of our very existence. That’s why practices like no-till or minimal till are so crucial to regenerative agriculture since they don’t disturb the microbial life underground. We recognize that farmers are at various spectrums on the regenerative scale and that each farm has its own unique reality. But if everyone farmed with soil microbes in mind, we’d have a much healthier agricultural system.