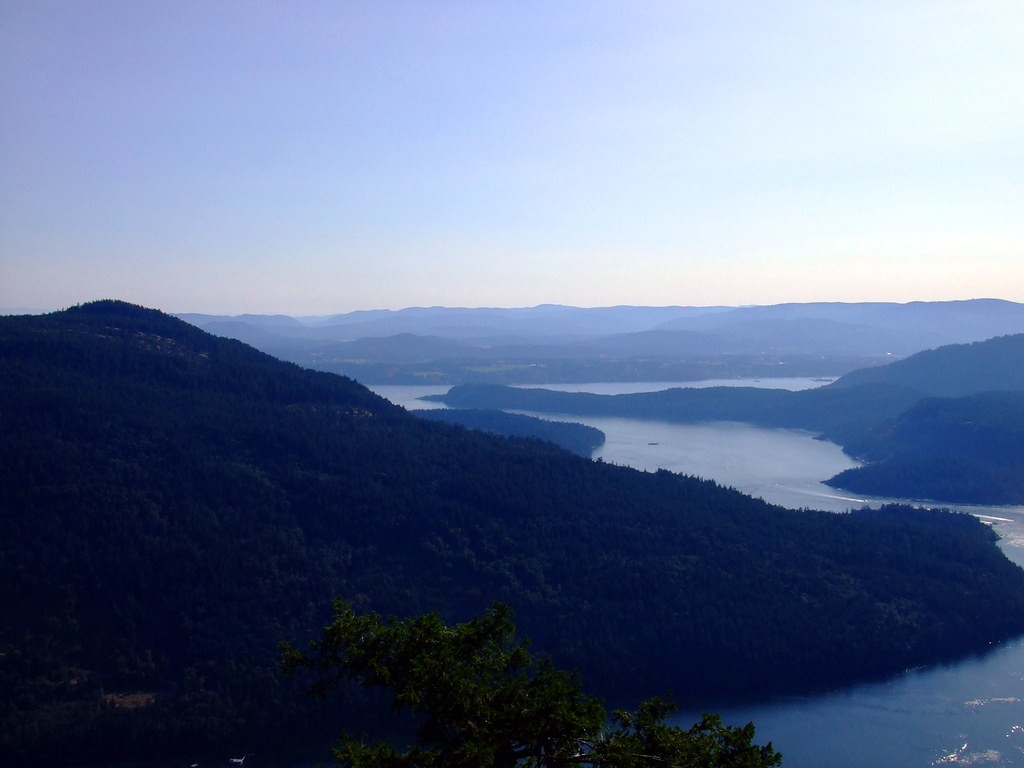 A speech in 2018 by former Alberta premier, Rachel Notley, made headlines when she said, “Maybe on Salt Spring Island, you can build an economy on condos and coffee shops, but not in Edmonton and not anywhere in Alberta. Here in Alberta, we ride horses, not unicorns…” The good people of Salt Spring Island were not insulted. Instead, they embraced the idea and, tongue in cheek, printed stickers to promote Transition Salt Spring, advertising a (non-existent) Salt Spring Unicorn Riders Association.

Salt Spring Island, one of the gulf islands of British Columbia, has a population of about 10,500 people. Three Salt Spring community associations, Salt Spring Agricultural Alliance, Transition Salt Spring, and Island Natural Growers sponsored me to come and give a talk and a one-day workshop in late October on regenerative land management and climate resilience.

A Strategy for Food Security

Salt Spring was once an important agricultural producer, supplying the city of Victoria with lamb, fruit vegetables. Now, most of the food that feeds the Island’s population is imported by ferry, so the goal of revitalizing and increasing local food production is seen as an important strategy for building food security in an isolated area.

A subgroup of Transition Salt Spring is coordinating an update of the community’s Climate Action Plan, originally published in 2011, with input and collaboration from other groups. My visit was timely as the various groups are working on their strategy and intend to present the new plan in spring 2020. The groups are looking at agriculture, transportation, land use, infrastructure and natural ecosystems from the perspective of reducing emissions and building resilience in a destabilizing climate. They will make practical recommendations for three levels of government, businesses, organizations and residents.

Ensuring the Health and Preservation of Forest Soils

Salt Spring is mountainous and rocky, so soil erosion is an issue. Most of the rain falls between September and April. Summers are increasingly dry, and like elsewhere there are more weather extremes, longer dry periods, bigger wind and rain events. The climate plan will look at conserving and retaining water in the wet season to mitigate the hot, dry season and protecting slopes from erosion. Forest fires are a risk, so the health and preservation of the forest soils are a priority, as is preventing fragmentation of the forests which leave trees more vulnerable to wind events.

In terms of agriculture, access to land and assuring farmers a decent living is an important issue. The mean age of farmers is 55, so if the goal is to increase local food production, young farmers need land and reliable market systems. The Salt Spring Island Farmland Trust manages some agricultural land, which will be made available to young farmers. The Island boasts its own abattoir, which is managed by the not-for-profit Salt Spring Abattoir Society. The climate action plan will look at creating a robust local food economy in addition to cutting emissions from food transport.

The Unicorn Riders of Salt Spring may be dreamers, but I was impressed to see a community so engaged and active in dreaming up a different way of living, one that is prepared for the challenges ahead!