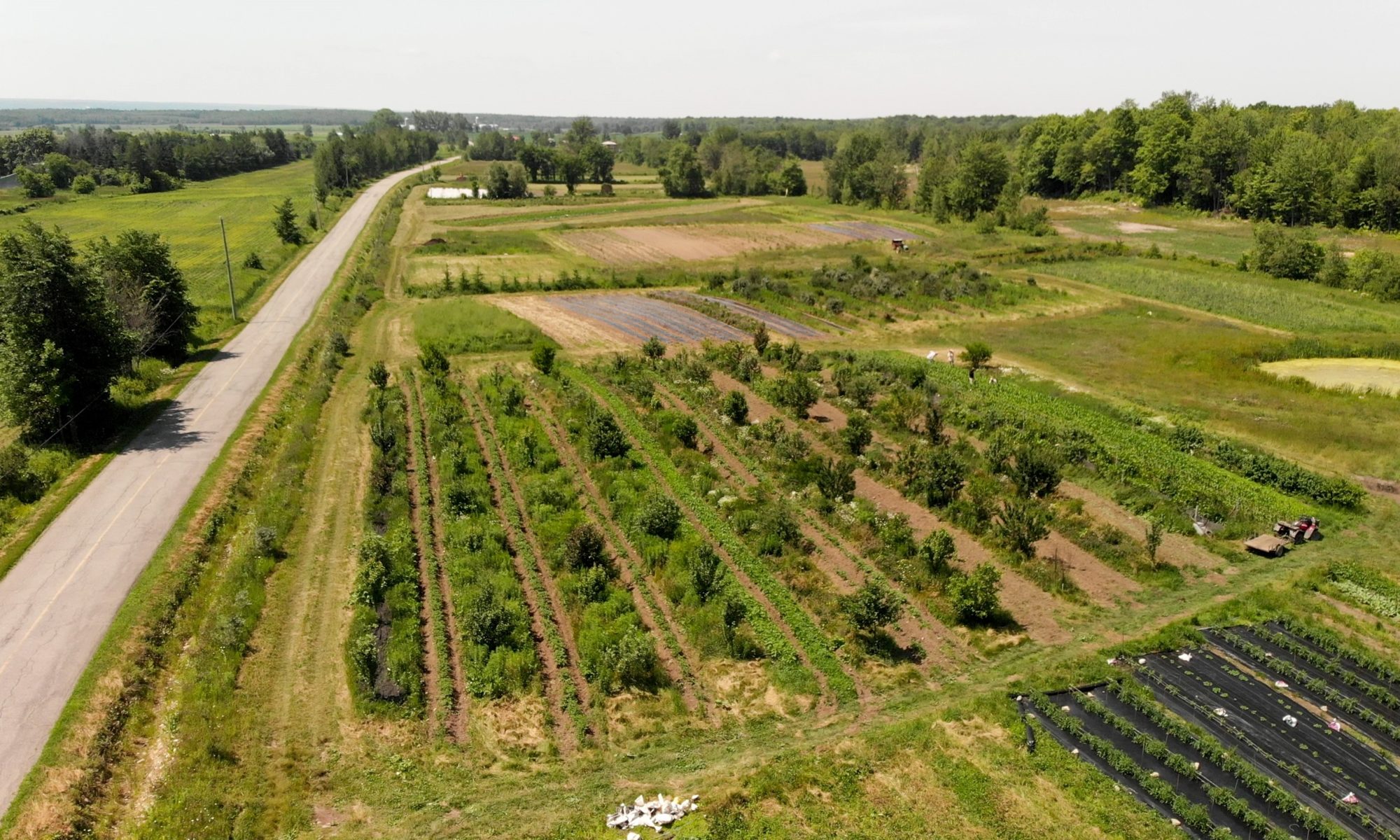 In the sweltering heat of last July, we went with the crew of Parafilms to shoot our Soil Guardians video series, a look at innovative farmers who are using regenerative methods to build soil fertility on their farms. Our first stop was at Les Jardins d’Ambroisie, the family farm of Francis Madore in Saint-Chrysostome, Québec. Les Jardins d’Ambroisie provides weekly baskets of fresh organic fruit and vegetables to drop off points in Montreal throughout the growing season.

Francis uses many practices which are considered regenerative. Being organically certified, he does not use any synthetic chemicals in his production. He grows a diversity of annual vegetables alongside perennial fruit bushes and trees. He uses minimal soil tillage, relying on mulch, ground cover textiles, cover crops, along with some manual, shallow weeding.

But the most unusual of Francis’ practices, which we focused on in the video, is his extensive use of compost and compost tea. The soil at Les Jardins d’Ambroisie receives regular applications of compost, which Francis produces himself. He makes large windrows from a neighbour’s horse manure and he proudly showed us the growth of mycelium fungal matter in his maturing pile. What’s so exciting about mushrooms growing in a pile of manure? A successful compost should include a healthy balance of fungus and bacteria to really feed and balance the soil microbiology.

Francis also makes vermicompost from vegetable scraps to brew into compost tea. A fairly small quantity of vermicompost is placed into a barrel, filled with water and some nutrients to feed the microbes in the compost. After 24-48 hours of aeration, the population has grown rapidly so that each cupful of liquid is teaming with a healthy diversity of microorganisms. Francis takes us to the microscope and we examine a droplet of the brew and determine it is of sufficiently good quality to apply to the greenhouse tomatoes.

Francis is a proud member of Regeneration Canada. To exchange with him as well as other regeneration passionates on our online platform, you can join our network here.