This is a guest post by Robert Miller, a member of Regeneration Canada since 2019. Robert is a retired systems engineer, formerly with General Dynamics Canada, who now volunteers with the Calgary Climate Hub and writes on behalf of Eco-Elders for Climate Action.

This article was originally published on The Western Producer.

In the early days of the COVID-19 pandemic, my life seemed to slow down and allow for quiet moments to observe the wildlife that was returning to Calgary’s inner city.

I began to care more for the plants in the garden and to listen to the bird songs that I’d never noticed in the past. I became more aware of my appreciation for nature and my love for the river flowing past the park across the street. I soon developed a new understanding and appreciation for the water that I’d always taken for granted.

My growing curiosity around nature-based climate solutions led me to join Regeneration Canada to learn more about regenerative agriculture. I signed up for their five-day Living Soils Symposium on “Hydrating Landscapes to Mitigate Climate Change”, held in February of 2021.

During the Symposium, I was fascinated by a talk given by Alberta’s Takota Coen describing how he rejuvenated the family farm by excavating ponds that had been filled in by his ancestors and building swales to collect and channel rainwater into these catchments. Regenerating the natural wetland features of the farm raised the water table, increased the farm’s productivity, and provided resilience to both flooding and drought. 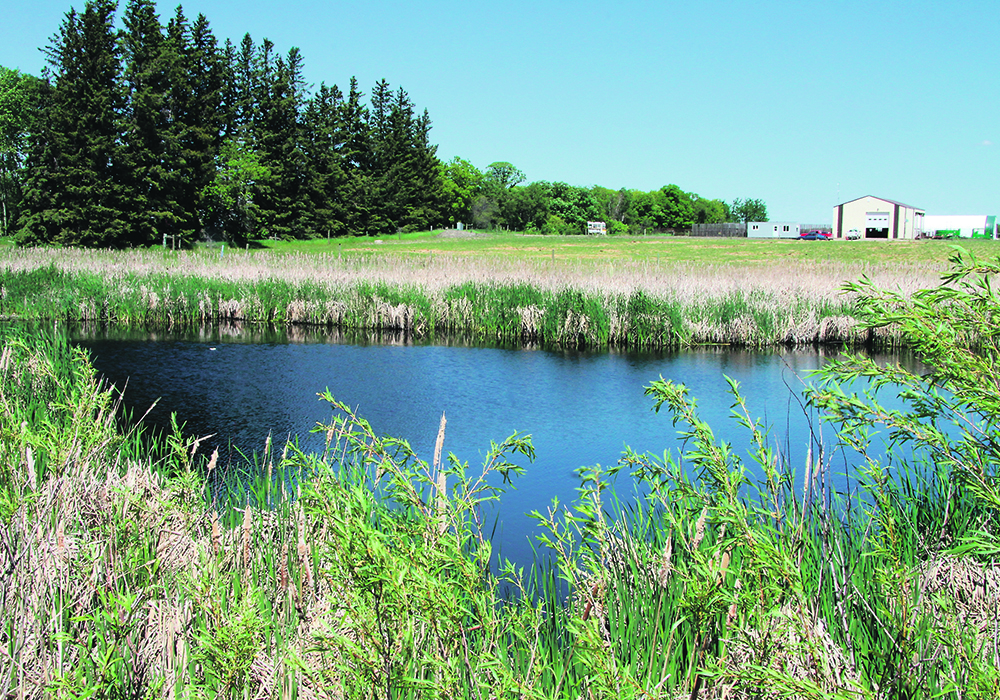 Walter Jehne’s discussion focused on how healthy soil acts like a sponge to regulate water supply within an ecosystem while capturing immense amounts of carbon. According to Walter, we could sequester enough carbon to solve the climate crisis by restoring agricultural soils, protecting and rebuilding wetlands, and working to protect and restore natural vegetation such as forests and grasslands.

During the same presentation, Didi Pershouse dove deeper to explain how the soil is teeming with fungal networks, micro-organisms, worms and insects. The living soil sponge is critical to sustaining the health of trees and other vegetation including crops. Didi provided a great example of the soil sponge effect by pouring water on a plate full of flour followed by water on a slice of bread. It was obvious which soil type will store water and slow down runoff.

In her book Pillar of Sand: Can The Irrigation Miracle Last?, Sandra Postel describes how ancient Egyptian and Mesopotamian empires fell when growing demand for irrigation depleted watersheds and lowered water tables until the wells ran dry. The irrigation technologies that allowed these civilizations to thrive eventually caused their demise due to over-farming that caused soil degradation and excessive deforestation, which eventually resulted in drier ecosystems and more frequent droughts.

Water sustains life on Earth, but the soil sponge is a critical component of the hydrological system. Vegetation and moist soil reduces ground temperature and reflects less heat back into the atmosphere, thereby reducing localized warming. Rising air temperatures contribute to drying out the soil, increased demand for irrigation and eventual depletion of the underground aquifers.

In Western Canada, agricultural soil has no drought resilience because it is often already degraded through the use of pesticides, fertilizer and the absence of biodiversity within the soil.

Regenerative farming involves reducing or eliminating the use of chemicals and tilling while planting crops and ground cover that are selected based on the natural environment.

The Groundswell website lists five principles of regenerative farming: don’t disturb the soil, keep the soil surface covered, keep living roots in the soil, grow a diverse range of crops and bring grazing animals back to the land. These principles have proven effective in restoring a healthy soil sponge, which is critical to sustaining the water cycle and improving the overall resilience of the agricultural system.

Want to learn more about the role of soil in hydrating landscapes to mitigate climate change?
Watch recordings of the 2021 Living Soils Symposium on our Media Library!