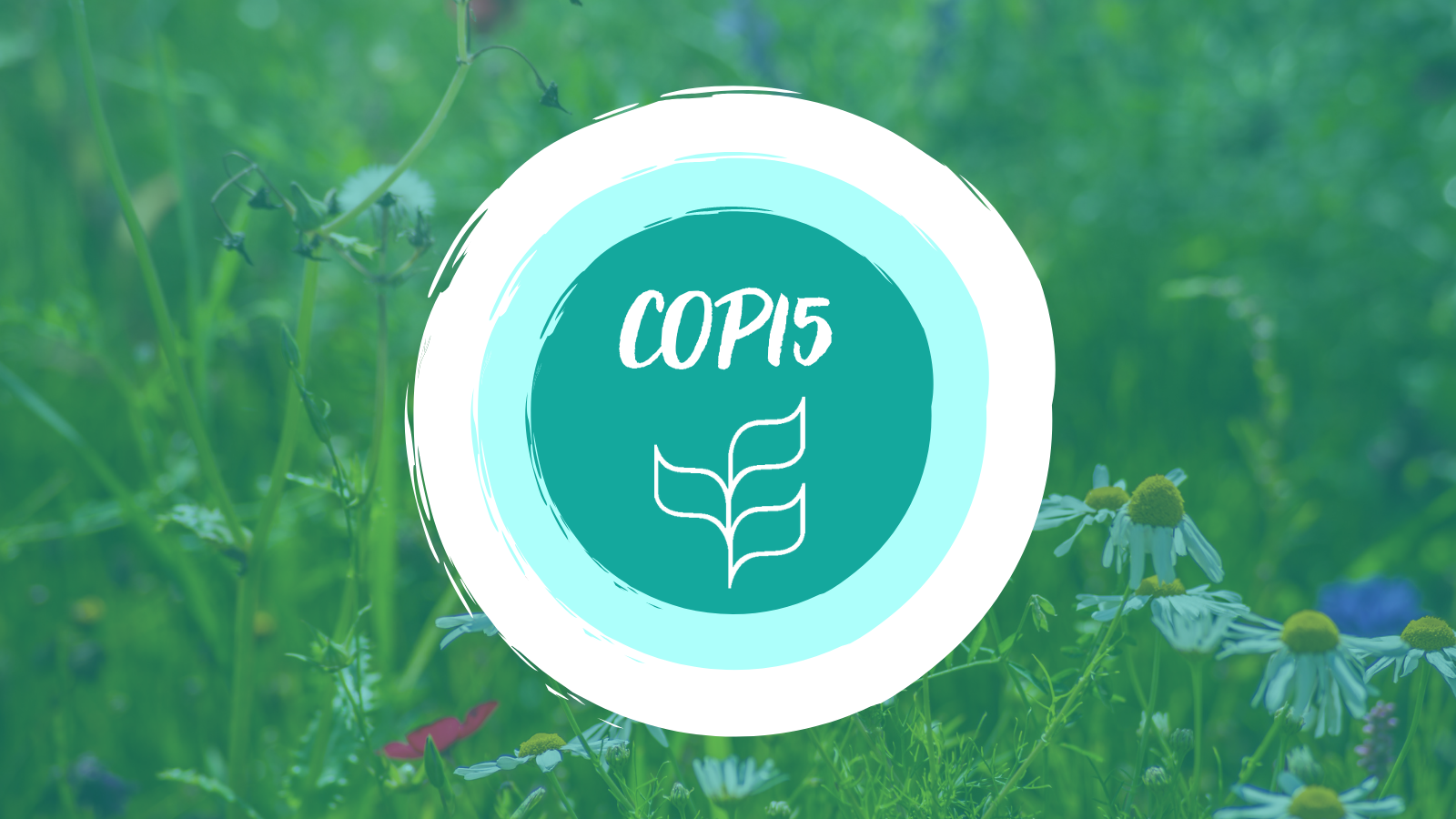 On the heels of COP27, the 15th meeting of the Conference of the Parties to the UN Convention on Biological Diversity – COP15 – is about to begin. Taking place right here in Montréal (Québec), from December 7 to 19, the event will convene governments from around the world to agree to a new set of goals for nature over the next decade through the post-2020 framework process.

“The framework sets out an ambitious plan to implement broad-based action to bring about a transformation in society’s relationship with biodiversity and to ensure that, by 2050, the shared vision of living in harmony with nature is fulfilled.”
— UN Environment Programme

Of course, the use of land for agriculture has deep ramifications for the biological diversity that exists on this transformed landscape and in surrounding ecosystems. This includes plants and animals above ground, but also the soil food web on which they depend. Therefore, the discussions and policies that will emerge from COP15 should be of interest to everyone in the regenerative movement.

This article will cover:

Agricultural biodiversity encompasses the variety of animals, plants and microorganisms which are necessary to sustain key functions of the agroecosystem. The embedded diversity within food production systems is essential for resilient and sustainable food production.

“​​There are social and environmental imperatives for sustaining agricultural biodiversity in all food systems, not least because its dynamic management helps confront the climate, biodiversity, and nutrition crises.”
— Patrick Mulvany, Honorary Research Fellow at the Centre for Agroecology, Water and Resilience (CAWR) of Coventry University

According to Mulvany, a healthy agricultural system is diverse on three levels. First, it includes genetic variance within each of the plant varieties being cultivated or the breeds of livestock being raised, as well as the species that provide essential ecosystem functions and support production. Second, it comprises a diversity of species of crops, livestock and associated organisms, both above and below ground: soil organisms, pollinators, predators, and microbiota in soils, rumens and waters. Third, it is surrounded by heterogeneous ecosystems, from within fields and pastures and out to landscape and watershed levels.

Unfortunately, conventional intensive agriculture goes against biodiversity at every level. By relying on homogeneous monocultures of genetically limited clones, it all but eliminates heterogeneity at the varietal and species levels. What’s more, the heavy reliance on biocides and other agrochemicals destroys the associated biodiversity in and around crops, causing pollinator collapse and rendering soils inert. Lastly, large scale agriculture and intensive livestock production are the biggest drivers of land use change and ecosystem destruction.

Just as the transformation of our food systems is necessary to mitigate and reverse climate change, if we are to successfully address the global biodiversity crisis, international delegates at COP15 must push for a shift toward food production practices that work alongside ecology, and not against it.

Unlike industrial monocropping agriculture, which is a relatively recent development in human history, peasant agriculture has been deeply involved in nurturing agricultural biodiversity for millennia. According to ETC Group, the peasant food web has bred 7,000 domesticated plant species, with millions of varieties, while the industrial food chain comprises only 137 crop species, just 16 of which account for 86% of global food production. As for livestock, peasants have domesticated at least 34 species and more than 8,774 breeds, compared to a mere 5 species (cattle, poultry, pigs, sheep and goats) and less than 100 breeds for industrial production.

Regenerative agriculture practices enhance and restore biodiversity above and below ground. By implementing multi-species cover crops and forages, integrating ruminants and other animals, improving crop rotation and by reducing to eliminate pesticides and synthetic fertilizers, we can restore and repair loss of biodiversity on our more than 50 million hectares of farmland in Canada.

The Ontario Soil and Crop Improvement Association (OSCIA) offers a collection of Species at Risk Resources, which is a great starting point for the selection and implementation of biodiversity-promoting practices. These include habitats for pollinators, birds, bats, snakes, turtles and fish; natural corridors for plants and wildlife; native grassland planting; and the patronage of native seed suppliers. You can find similar resources that are locally-adapted to British Columbia, Alberta, Québec, New Brunswick and Nova Scotia.

Getting involved at COP15

The COP15 main event will be livestreamed, though its side events won’t. Agriculture is on the schedule on Thursday, December 8th. Nevertheless, citizens are not invited to be part of the conversation, and the discussions between international delegates can be rather inaccessible for most people. For that reason, we want to point out alternative streams of discussions and citizen involvement during the conference.

On Sunday December 11, the NFB and Telefilm Canada are hosting a free screening of the documentary Into the Weeds, a David vs Goliath story of a former groundskeeper who takes on a multinational agrochemical corporation after a terminal cancer diagnosis. The screening will be followed by a panel related to the issues raised by the film, which will be moderated by filmmaker Jennifer Baichwal. Our executive director Antonious Petro will be among the panelists to tackle the topic from a regenerative agriculture perspective.

If Not Us Then Who is a charity that supports a global awareness campaign highlighting the role indigenous and local peoples play in protecting our planet. They will be present at COP15 with the Our Village program, which includes projection mapping, talks, panel discussions, and Indigenous documentary screenings. You can sign up for free to attend their two-day reception on December 10-11.

Collectif COP15 is a civil alliance whose goal is to impel governments to take ambitious and concrete action and to include a diverse range of voices in the protection of nature. Among their activities, they will be hosting many free events during COP15 that will be accessible to all. These come in the form of conferences, workshops, gatherings and even artistic events. Here are a few that we would like to point out: